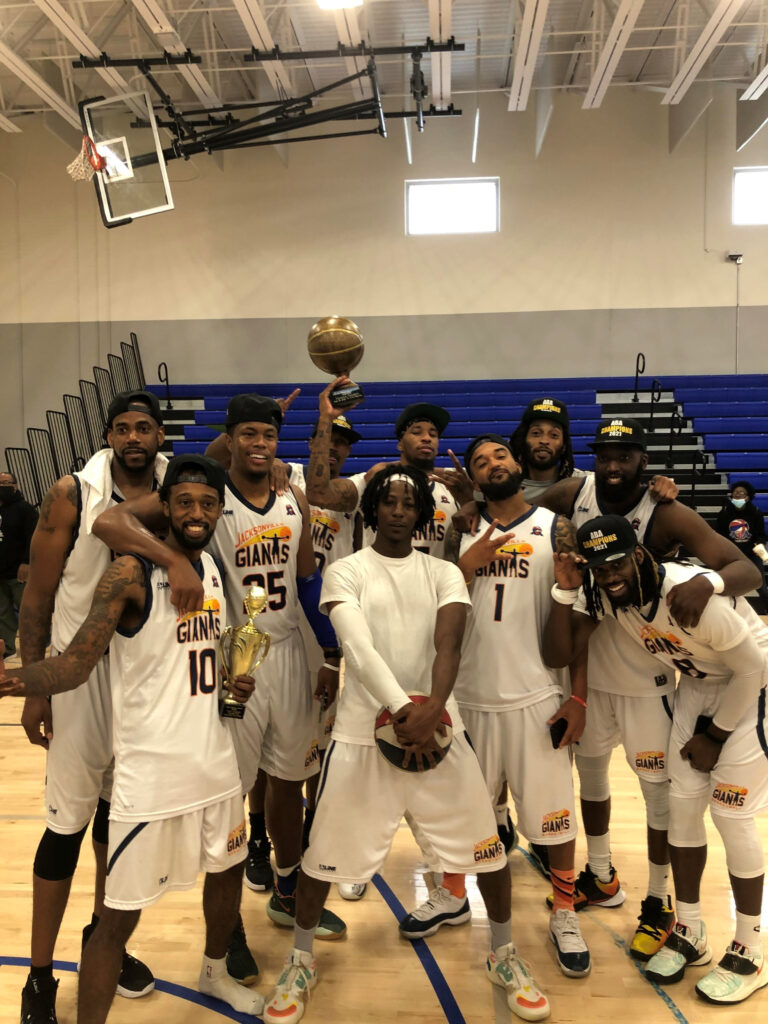 The 2021 Jacksonville Giants have completed the perfect season as they win an instant classic over the Chicago Fury by a score of 111-108. The game had intensity, trash talk, and everything else that composes a championship game, but the Giants stuck to their ways and prevailed.

The squad saw a 15 point first quarter lead vanish, as the game was ultimately tied up at 65 midway through the third quarter. With fouls back and forth, it was hard for either team to take control until a 3-D light was granted to the Fury where they hit a big time 3.  This play swung all the momentum, as they went on to take advantage of some miscues to gain an 11 point lead in the 4th. Many may have though it was over, but that is not how Giants basketball works.

Hustle by Elijah Smith, strength by Calvin Warner, and elite free throw shooting by the entire unit helped propel our champs back into the game. A loud and encouraging Coach Jerry Williams and a supportive players bench ultimately proved to be a factor to keep the Giants in it. The team battered their way back and while taking blow after blow, the squad cut into the lead to tie it up at 98 with under 4 minutes to play. Down the stretch, each team gave it all they had, but the hero of the game proved to be Miguel Paul. Paul buried a corner triple with under a minute to give the Giants a 111-108 lead, which proved to be the final score. Paul went on to win ABA Championship MVP as he led all scorers with 40 points in a staple performance for his career.

Giants basketball proves to be the epitome of teamwork, as throughout this game and season, this group of guys took charge and stepped up when called upon. Tonight is a day that will live in a the history books. An undefeated season is now complete, as the Jacksonville Giants have captured title number 7, and the dynasty proves to live on in the beautiful city of Jacksonville.