Click on above link to see official press release. 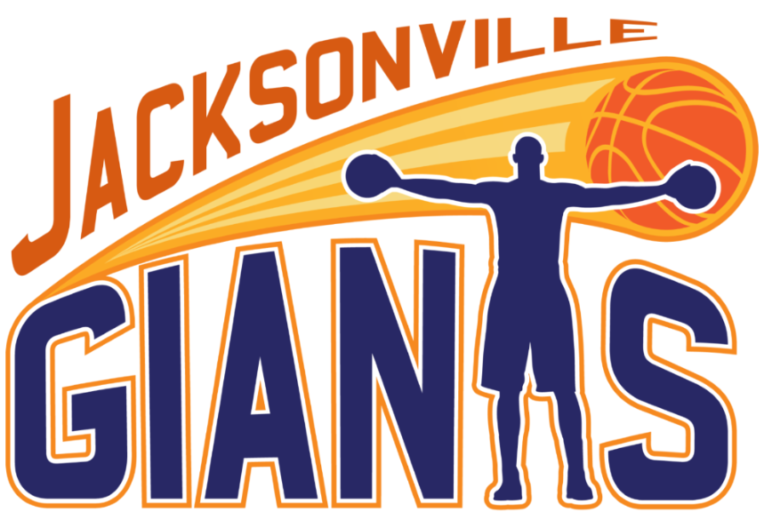 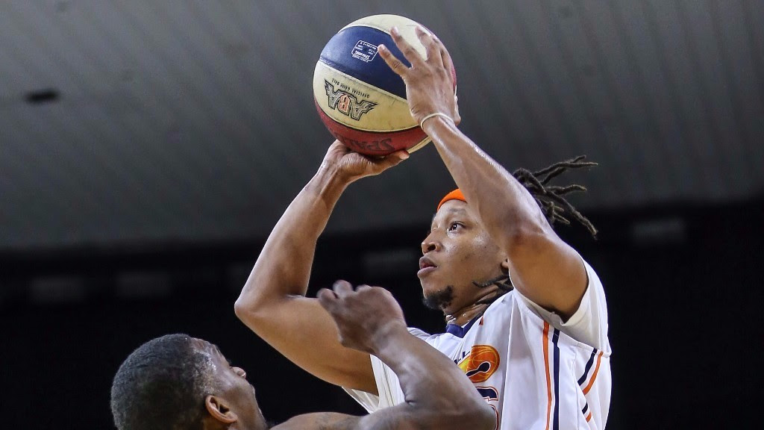 The #2 seed Jacksonville Giants faced the #6 seed Windy City Groove this evening in Baltimore, Maryland for the American Basketball Association (ABA) Championship. It was also a rematch of the 2016 ABA Championship, which was claimed by the Giants.

Much like 2016, the two teams battled back and forth for much of the game. In the first quarter it was the Groove that opened an eight point lead only to see the Giants battle back and tie the game at the end of the period, 33-33.

In the second quarter the Groove again led most of the quarter and by as many as six until the Giants tied it with less than two minutes remaining. Mickens, Bernard Nugent and Jermaine Bell led the way on offense and a stingy defense that only gave up 22 points in the quarter sparked the offense on numerous fast break baskets. Giants’ forward Robert Hornsby finished the half with a pair of free throws and a three point shot that sent the defending champions into the locker room with a 60-55 lead, and a lead that they would never relinquish.

The third quarter opened with the teams trading baskets until the Giants went on a run that pushed their lead to 72-60 with 8:00 left in the quarter. The Giants took a 10-point lead into the fourth quarter, 91-81.

In the final period, The Groove cut the Giants lead to five but the Giants scored three straight baskets and pushed the lead to 11 with 8:30 to play on a thunderous slam dunk by Elijah Smith on an off-the-backboard assist by Mickens on a fast break. The lead was pushed to 17 with just 3:20 remaining on a couple of Nugent drives and a Bell tip-in, 112-95.

The Giants finished the second half strong with a complete team effort that included “a great low post presence on offense and defense by Bell, Calvin (Warner) and Elijah (Smith) in the low post, and our defensive MVP of the Finals (Nugent),” said team owner Ron Sholes after the game. “Defense wins championships, and I’m extremely proud of how we battled all three games,” added Sholes.

A balanced Giants scoring attack included 15 points each by Larry Dumas, Bell, Smith and Hornsby, and 14 by Nugent.

After the Giants weathered the storm the first two games of the Finals, winning both games but just two points each, “the team was clicking on all cylinders tonight,” said Giants’ Head Coach Jerry Williams. “We played Giants basketball and this was a total team effort. I’m just proud of how we came out and dominated the game down the stretch. Windy City is a tough team so it’s a well deserved championship victory,” added Williams.

After the Giants celebrate their fourth ABA Title in Baltimore this evening, the team will drive back to Jacksonville on Monday and arrive home late in the evening. 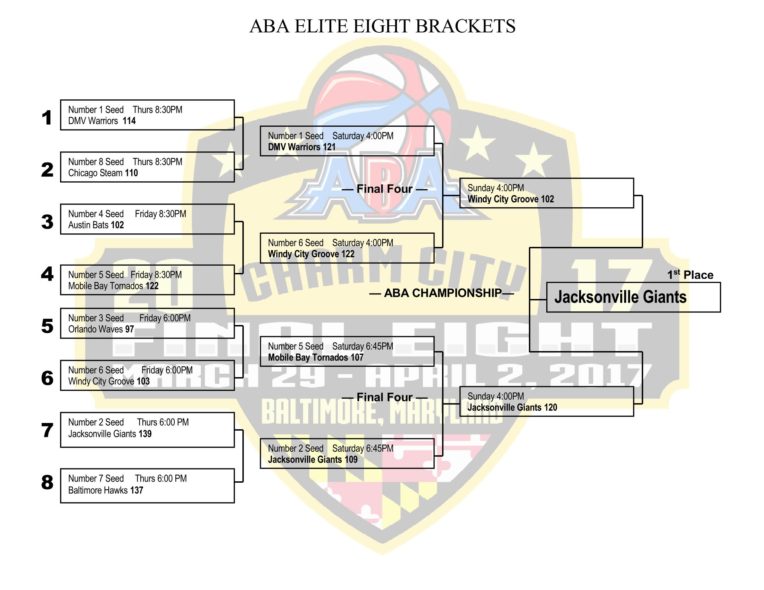