DeUndrae Perteete, Sr. was a full time Assistant Men’s basketball coach at The College of Marin. Coach Perteete played junior college basketball for the legendary coach Percy Carr at San Jose City College. He started for two seasons as the team’s point guard and was named honorable mention All-Conference and First team All-Conference. He led his team to Coach Carr’s first undefeated season in league and a 25-game winning streak.  Perteete transferred to Southwest State University in Minnesota, where he played two seasons for the Mustangs and led them to the Elite 8 and had the best record in the school’s history 28-7. He was second team All-Conference his junior year and first team All-Conference in his senior year.
He played high school basketball at Fremont High school in Oakland, California where he was an All-American point guard. In 1996-1997 he was made the All-State, All-Metro, First Team in the Oakland Athletic League. During his sophomore year, his team played in the State championship game and lost to Mater Dei in 1995.
After graduating from Southwest State University, he coached at McClymonds High School in Oakland, California where they won the State championship in three straight attempts 2007-2009.
DeUndrae Perteete Sr. received his Bachelor of Arts degree from Southwest Minnesota State University. Coach Perteete has been actively involved with Youth basketball programs throughout the year and loves to teach and coach the kids. 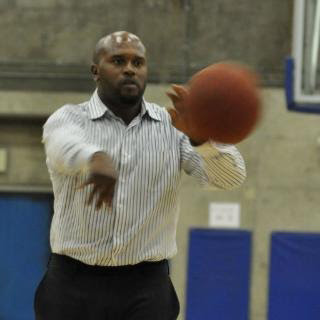